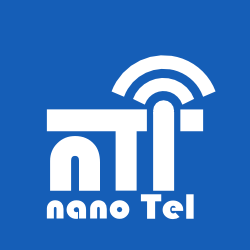 M2M stands for Machine to Machine communication which is more or less self-explanatory however for a more formal definition we can say that M2M means solutions that allow communication of geographically distributed autonomous systems that use the communication channels automatically.

M2M solutions are usually using dedicated platforms built for special purposes: For example a typical M2M solution is a home alarm system that automatically calls a phone number when unauthorized entry is detected. Another example is an application server collecting information from a group of sensors that are installed just for supporting that particular application that is running on that particular server.

IoT stands for Internet of Things and means the interconnection of any kind of devices for any kind of application. Let’s imagine a world-wide public network of machines like the world-wide public network of personal computers, smart phones and web servers that currently form the Internet. In a global network of things like this a sensor could be accessed by several application servers while an application server could control different types of sensors owned and operated by different organizations forming a fully meshed architecture.

For example, sensors could be different types of utility meters (water, gas, electricity etc.) owned by different utility companies, condominiums or property owners: My water meter can be accessed by the water supply company, the condominium my apartment belongs to and by me with different access rights through different applications.

There are several initiatives trying to define platforms/protocols/standards for IoT, and at this point of time we cannot say yet which one will grow to be the winning standard accepted and followed by the majority of manufacturers and developers.

Are current smart phones real IoT devices? Based on what I wrote above you may say no, because

mobile phones are used by individuals to support their communication with other individuals (phone/video calls, chat, e-mail etc.) or with applications (Google Maps, Waze, Web services). However mobile phones are doing a lot of things in the background the user is not aware of. E.g.: A mobile phone may continuously report its position to a Map application in the background even if those reports are not needed for serving the user/owner of the phone. The information is used by machines for serving other users. Taking this into consideration too, a mobile phone should be considered as a real IoT device.

There are studies forecasting the number of IoT devices to grow up to 50 billion by year 2020. Most of these devices are going to be cheap battery powered sensors with very special communication needs that differ from what current service provider networks (like mobile 3G) are designed for.

Will IoT be a public infrastructure?

If IoT becomes a global standard defining all communication layers of the OSI model (from the physical layer up to the application layer) communities will interconnect their systems and form a world-wide network like what we call now Internet. Even if a sensor network is private it will have to be connected to that public IoT network since that will be the cheapest way for interconnecting different segments of the private network. Privacy can be kept by means of tunneling protocols and firewalls.

Who will operate the public IoT infrastructure?

After having a public interconnected community based IoT infrastructure, there is only one step ahead to reach a point, when Communication Service Providers (CSPs) start offering new IoT access services to the mass market.

Like in case of Internet that is divided into Autonomous Systems (AS) operated by Network Service Providers (NSP) who interconnect their network at certain Internet eXchange points (IX) and where the access to that global network is offered to end users by Internet Service Providers (ISP), IoT will have its own hierarchy.

The appropriate entities could be called NoTP, IoTX and IoTSP. I let you guess what the acronyms stand for. :-)

Make sure you enter all the required information, indicated by an asterisk (*). HTML code is not allowed.